Most of us feel that summer has been here for a while now, but actually today June 21st is official the first day of summer, also known as Summer Solstice. After a bit of researching on the web I came across some very interesting facts that I would love to share with you about the “longest day of the year”.

The word solstice derives from Latin sol (sun) and sistere (to stand still).

People all over the world celebrate this remarkable act of nature with rituals, dances, picnics, etc. There is the “Tour of Stonehenge – Summer Solstice Festival“this annual celebration is held at the world heritage site of on ’s plain.

If you can’t make it to lets keep it local our lovely Town of has an annual celebration of summer as well and it’s held at the World’s End where family’s gather for a community picnic. This year will be held from to live music by the Aldous Collins Band. (for more information click here

So whether you are flying to or just keeping it local, make sure to enjoy the longest day of the Year as much as possible.

Posted by Lamb Insurance Agency at 11:25 AM No comments:

As a parent of a teenage driver, it is critical that you continuously remind your child to remain safe. Although your teenagers are now more independent, your parental responsibilities continue. Now, more than ever, your teen needs your guidance on how to drive safely.

Set a good example for your child

Don’t text & drive
Don't use your cell phone when driving
Drive within the posted speed limits
Teach your child to be a defensive driver, not an aggressive driver.

Know your child’s travel companions
Remind your child frequently of the inherent dangers of operating a motor vehicle with anything less than 100 percent concentration
Choose a safe car and make sure the car is in good order
Remind your child not to drive while distracted:
Don’t text & drive
Don’t speak on your cell phone and drive

You and your teenager should take our safe
driving pledge! Drive safely

Posted by Lamb Insurance Agency at 6:39 AM No comments:

Text and Drive Law in Massachusetts

The Safe Driving Law becomes effective in Massachusetts on
September 30, 2010. The law creates a series of new violations, which the RMV
Division, MassDOT IT staff and the Merit Rating Board are working to program and
implement.
These new violations include:

1. Ch 90/8M- Use of a Mobile Phone or Mobile Electronic Device by a Junior Operator
Civil Offense- No Surcharge (Mobile electronic device includes mobile telephone, text messaging device, paging device, PDA, laptop computer, electronic equipment capable of playing video games or video disks or can take/transmit digital photographs or can receive a television broadcast. Mobile electronic device does not include any equipment permanently or temporarily installed to provide navigation, emergency assistance or rear seat video entertainment. Reporting an emergency is the only exception. Drivers are encouraged to pull over and stop the vehicle to report the emergency.)


2. Use of a Mobile Phone by a Public Transport Motor Vehicle Operator Civil Offense-No insurance surcharge

4. Improper Use of a Mobile Phone by Operators 18 and Over
Civil Offense-No insurance surcharge (One hand must be on the steering wheel at all times and no use of device can interfere with driving)

Civil Offense-No insurance surcharge (Operators cannot use any mobile telephone or handheld device capable of accessing the Internet to write, send, or read an electronic message including text messages, emails, and instant messages or to access the Internet while operating a vehicle. Law applies even if the vehicle is stopped in traffic.)

EXAMPLE: An operator receives a citation on October 1, 2010 and is cited for 3 offenses on the ticket: speeding, failure to yield, and a marked lane violation.Under the new law, this driver will receive a notice that they must complete the NSC course in 90 days or have his/her license suspended until completion of the class.


Posted by Lamb Insurance Agency at 6:54 AM No comments:

WE ARE NOW SELLING LIFE INSURANCE! 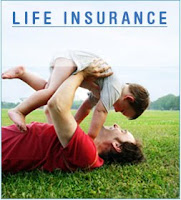 
At John J. Lamb Insurance Agency Inc, we can help you to understand what type of life insurance works best for you.


Please e-mail or call us today to get a free quote, based on your needs.

Keep your old clunker or buy a new car?

It may clang and bang, but your despised old car may be the best bargain around.
by Des Toups
Let's divide the car-buying universe into two camps: those who keep a car until it drops, and those who think a new car will change their lives.
To the first, a round of applause. There's nothing short of the bus that's cheaper than keeping a car until it crumbles into a pile of rust. Almost any car can be nursed to 200,000 miles without endangering your life, and even a new engine is cheaper than all but the cheapest used cars.
To the second, another round of applause, because the millions of new cars they buy every year instantly become used cars soon available at a considerable discount to those in Camp 1. And a moment of silence, because a new car will change their lives in ways they never foresaw on the dealer's lot.
If you're in a drive-until-the-muffler-is-dragging wannabe, read on. We'll look at ways to keep your car on the road longer and realistically weigh the costs of upgrading. I'd love to keep my old car, but …

It no longer fits my life.

You may have taken up gardening in a big way but still own a Corvette. You may feel nervous about taking your '78 Ford on a trip to Colorado. Your little Accord may be a tight squeeze when family comes to town. The answer to all: Rent. Why buy a gas-sucking pickup because you visit Home Depot twice a year or a $40,000 sport-utility because you take the kids skiing for a week at Easter? Even at $180 a weekend, renting is far cheaper than a car payment. Plus you get to drive the very latest without worrying about insurance, license tags, maintenance or depreciation. Or try swapping cars with a friend, returning it gassed-up and clean (with the oil changed, too, if the loan was more than a day or two. You want to be able to ask again next year.).Those repair bills are really adding up. Then do the math. Does the cost of repairs exceed the cost of a new car? A typical new car is around $28,000; that's about $475 a month for five years after 20% down. A rebuilt transmission might run $1,800, a huge outlay in one chunk, but far less than the $5,700 a year you'd spend on new-car payments alone. If you can't afford repairs twice a year, it's unlikely you can afford a new car payment every month. In any case, anybody with a car older than three years should be tucking aside $50 a month for repairs and maintenance. If the gods smile, you'll never use most of it and you'll have a tidy sum to blow on your next car.

Maybe little things are beginning to go: a new thermostat one month, a starter the next. You might simply spend $56 on a AAA Basic membership and carry a cell phone, reminding yourself that even new cars aren't immune to mechanical failure. The upside of frequent breakdowns is that you'll get to know mechanics quite well. Find one you like. Flatter him. Pay your bills on time. And the next time he fixes your car, ask him to take a few minutes to see what else will need repair soon.
The repair costs more than the car is worth. A $1,500 engine rebuild that keeps your '83 Toyota on the road still makes good financial sense. It's at this point, however, that all but the flintiest drivers begin to think about upgrading.

Which brings us to our next question:

Am I ready for a newer car?
Your first step is to do nothing except write a check to yourself in the amount you're thinking you can afford every month. Put aside a car payment every month for three months (long enough for at least one of life's little emergencies to crop up).

To pass the time, make three phone calls: one to your bank, to find out what kind of rates they charge on loans to people with your credit history; one to your insurer, to ask the rates for comprehensive insurance on a model you think you'd like to buy; and one to your local DMV, to see what registration and licensing would cost.
At the end of three months, ask yourself these questions:

How much did it hurt? If you skimped at all on other bills or shorted the amount of the payment, you're not ready.

Side note: Never skimp on maintenance

Pay special attention to the things that will cost you a fortune if they break. That means making regular oil changes, tire rotations and transmission tune-ups, even if the car is running fine. Timing belts, for example, are spendy at $600 or more, and replacing one for no other reason than that the odometer has turned 90,000 miles might seem wasteful. But let one break and you'll find that repairing bent valves could cost you three times that. Replacing torn CV boots, those plastic housings that keep grime and grit out of the car's constant-velocity joints, costs about a third as much as a CV joint repair.

(If your owner's manual is long gone, MSN Autos has a free online service,

My Car, that tracks your car's service schedule. [click on the link]http://autos.msn.com/everyday/everyday.aspx?src=LeftNav)

Posted by Lamb Insurance Agency at 1:22 PM No comments: